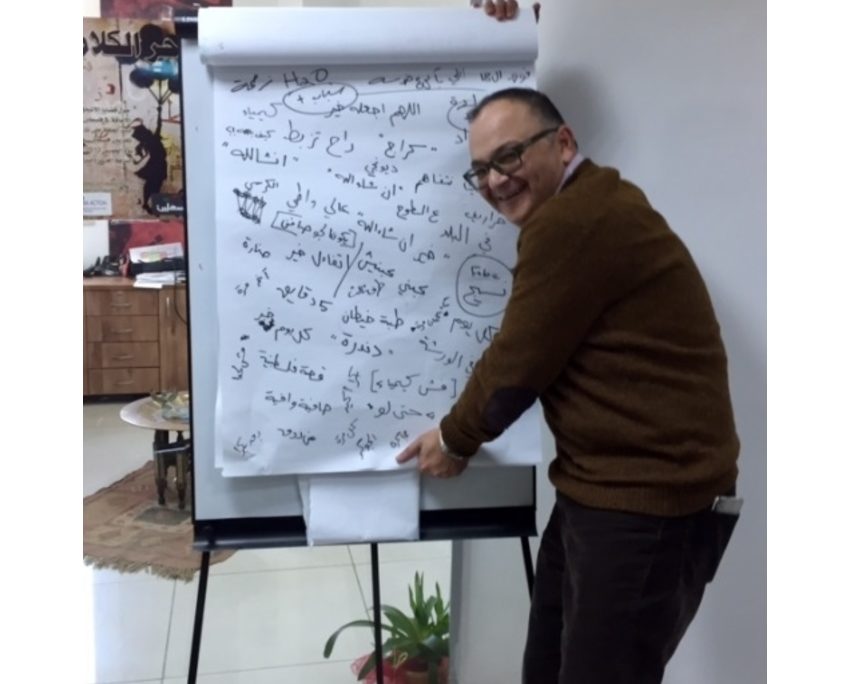 Pictured is Walid Batrawi, director of the program, showing the results of the brainstorming session for the series’ title.

The MEPI team visited the BBC Media Action office in Ramallah on February 9 to visit the staff and screen a few episodes of the MEPI-funded project, Khaleena Nitfaham (‘Let’s Get Along’). The project spans over 20 months and aims to design, develop and distribute an innovative, inclusive and participatory TV social drama. Created by young people and for young people, the program creates mutual understanding and tolerance, builds civic knowledge and encourages civic participation among young adult audiences in the West Bank and Gaza. The social drama features 30, 6-minute episodes that build upon each other and once completed, will be distributed via TV and internet. Each series of episodes tackle a different set of social, ethical and economic issues previously identified and discussed during large youth conferences leading up to filming. Pictured is Walid Batrawi, director of the program, showing the results of the brainstorming session for the series’ title.