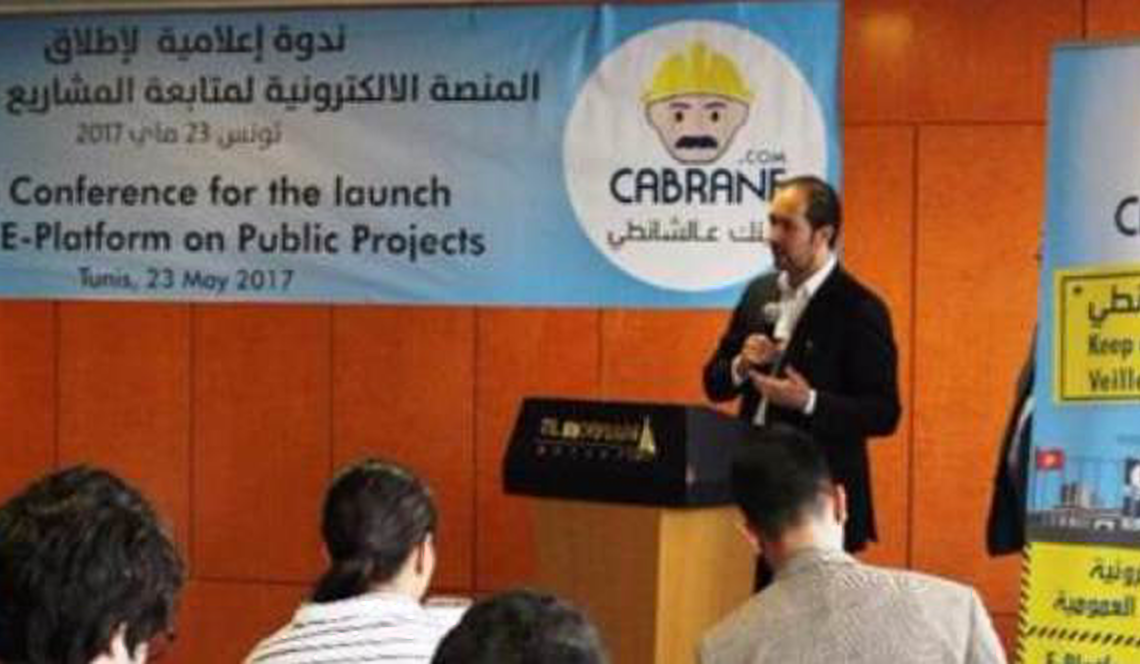 FSVC and the Tunisian Association of Public Auditors (ATCP) recently launched an electronic platform to monitor public infrastructure projects in Tunisia. The platform, known as “Cabrane” (a slang Tunisian word used to define a foreman), can be viewed at www.cabrane.com.

This platform is part of an FSVC program funded by the U.S.-Middle East Partnership Initiative, and aims to increase the effectiveness and accountability of the Government of Tunisia in implementing open government policies and strengthen the capacity of CSOs to advocate effectively for these policies.