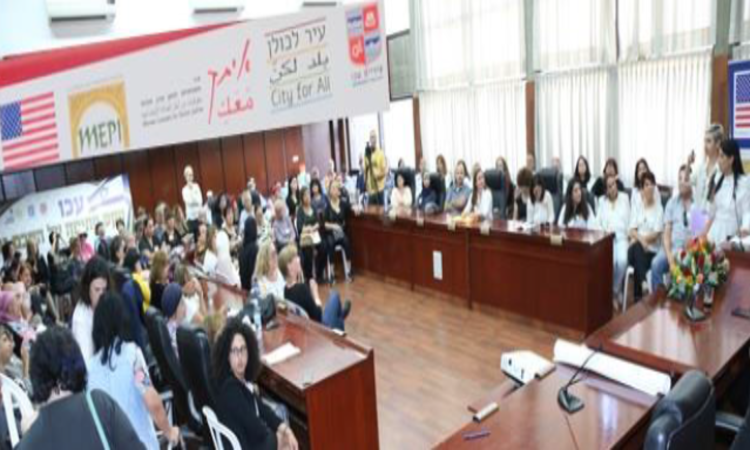 Itach-Maaki’s “City for All” MEPI- supported project was introduced to the Akko public at a large May 14 event in the mixed Arab and Jewish coastal city, launching a public process of integrating gender equality into the municipal structure and processes. Shimon Lankri, the city’s mayor, addressed some 100 residents and city officials who came to the event to learn about the initiative and to express their perspectives about gender mainstreaming in various aspects of city administration. The event was implemented following a nine-month process of recruiting city officials’ commitment to holistically integrating principles of gender equality in every department, decision, program and budget. Itach-Maaki, Jewish and Arab Women Lawyers for Social Equality, will continue to support Akko’s efforts to create a detailed program to advance gender equality throughout the city.