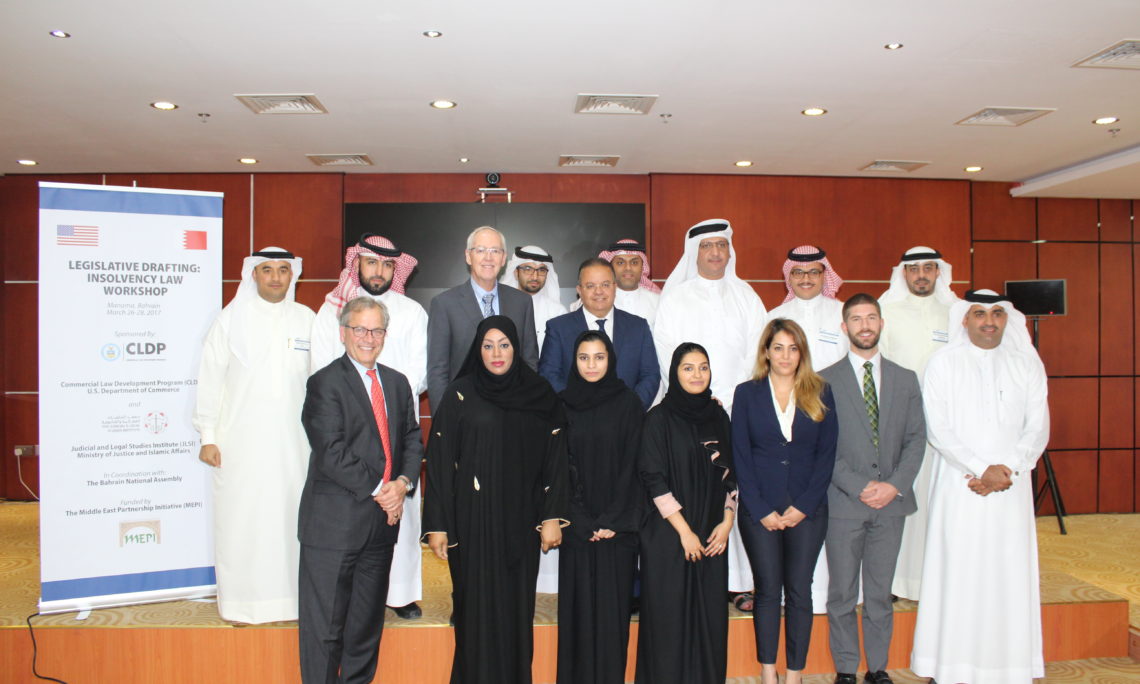 In Bahrain, CLDP has worked closely with government officials and stakeholders to promote commercial legal reforms and address key areas of economic development through public and private sector input.

Following a CLDP-sponsored program in Singapore on March 14-17, 2017, the Ministry of Industry and Commerce (MOIC) presented a framework of the Bahraini draft insolvency law during a subsequent workshop on March 26-28, 2017 for Bahrain’s Council of Representatives (COR) legal advisors. The MOIC has already made significant progress in the past few weeks since the Singapore program and shared its appreciation for the technical assistance provided by CLDP and its experts. The projected timeline for the new Bahraini insolvency law is for the law to be submitted to Parliament by Ramadan and voted on by the end of the year. This makes the timing of the program all the more relevant since the CoR legal advisors will play a significant role in reviewing the legislation once it is submitted to Parliament.

CLDP has been working with Bahrain since 2013 on insolvency reform as the current insolvency law lacks a reorganization mechanism and also presents significant challenges for recovery by creditors. The new draft law is aimed at providing a more efficient and transparent process for winding down or reorganizing companies, especially small and medium sized enterprises.

In addition to the insolvency law, Bahrain’s new commercial company law and company registration efforts, developed with CLDP technical input since 2013, have played a key role in improving Bahrain’s Doing Business Rankings; Bahrain improved by 70 positions on the “starting a business”, business registration, indicator in the past year alone.