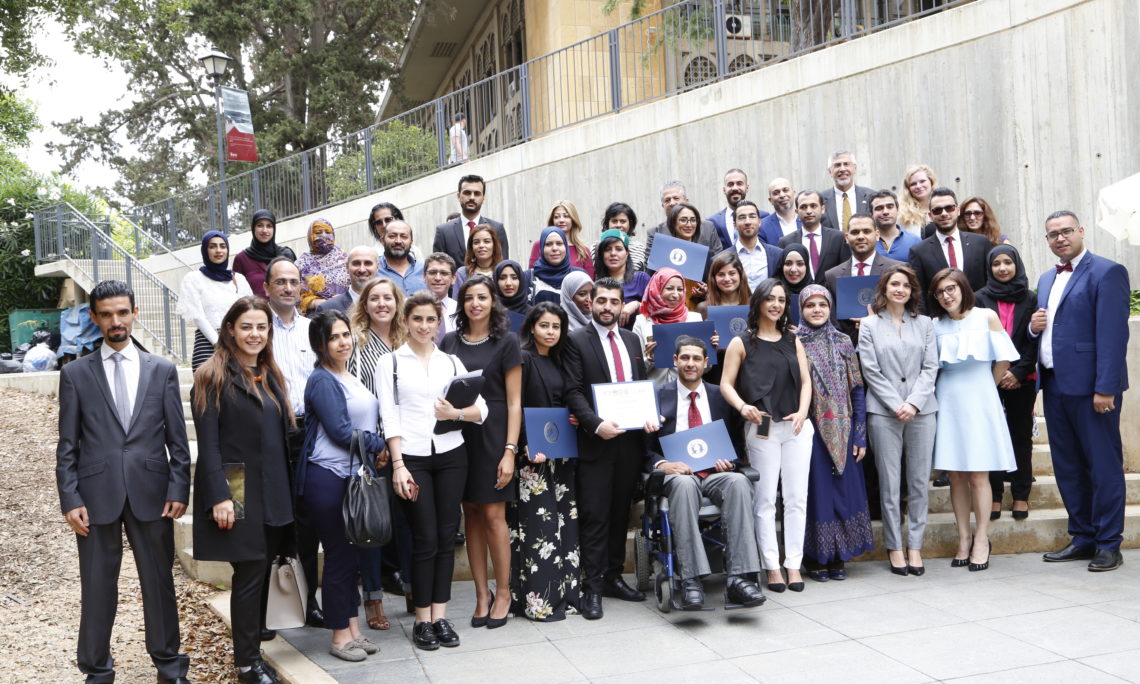 The 2017 Leaders for Democracy Fellowship (LDF) Program, funded by the U.S. Department of State’s Middle East Partnership Initiative (MEPI) Program and implemented in Lebanon by World Learning in collaboration with the American University of Beirut (AUB), held its closing ceremony on Friday, May 19, 2017 from 11:00am until 1:00pm. The closing ceremony took place in Issam Fares Institute Auditorium, AUB and was attended by Mr. George Aldridge, MEPI Coordinator in Lebanon, Mrs. Chantal Souaid Mchantaf, LDF MENA Director at World Learning, and Mr. Sami Gheriafi, Director of Institutional Consulting at REP AUB, in addition to 20 fellows from eight MENA countries and program partners.

Based on leadership skills, merit and activism, the LDF program selected 20 fellows from the Middle East and North Africa to participate in the three-month program from Monday, February 20 until Friday, May 19 where they gained the knowledge and skills needed to be champions in and for their communities. The program combined five-weeks of academic learning with eight-weeks of professional practicum that enabled fellows to address common challenges in their countries as well as improve linkages with counterparts across the region.

During the first five weeks, these 20 fellows attended academic sessions at AUB that include the topics of Democracy and Democratic Governance, Leadership, Civic Engagement, Conflict Transformation, Communication and Campaigning. During the final eight weeks of the program, the fellows held their professional practicum where each practiced what was learned through working on a project with a host organization of his/her choosing. World Learning collaborated with 13 host organizations during the professional practicum. Among these host organizations are ALEF – Act for Human Rights, Aie Serve, Arcenciel, Centre De L’Information et Science Humaine, Danish Refugee Council, Fighters for Peace, Institute of Women Studies in the Arab World, Media Association for Peace, MEPI Lebanese Alumni Association, Nahnoo, National Democratic Institute, Peace Labs, and The Story in Me.

All 20 fellows applied what was learned through the LDF program by creating a Civic Action Plan that will be implemented after returning to their countries.