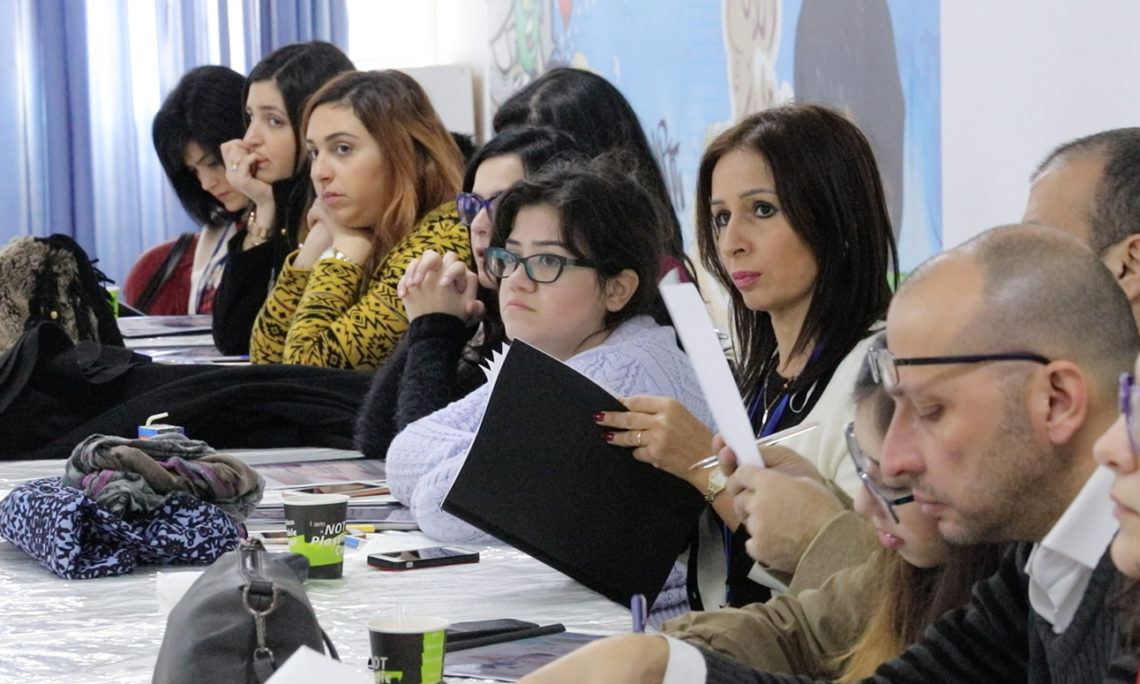 Civic Education Workshop: On January 18, CSO Paradis D’enfants completed its third civic education workshop under the “Educating for Peace” MEPI-funded project. Some 36 teachers, social workers, psychologists from five different schools attended. Notwithstanding their cultural diversities, the participants were able to find commonalities among their different cultural backgrounds in order to start their discussions. The teachers expressed their satisfaction with the workshop;s content that met their expectations and stressed the need to broaden “Civic Education Training” to the largest number of schools and communities in Lebanon possible. They agreed that this would be a good starting point to reduce the sectarian and geographical differences that divide Lebanese citizens.