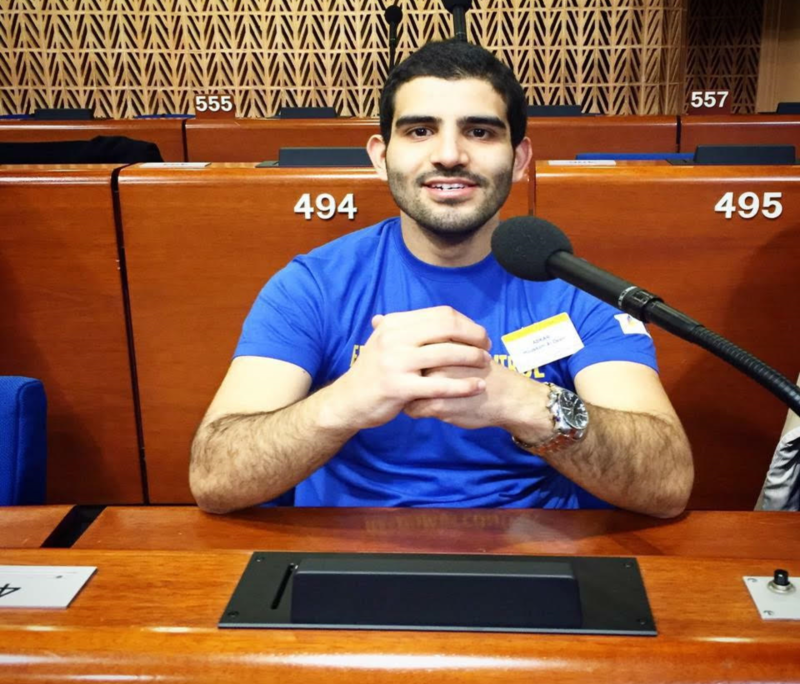 When Houssam Askar first saw the announcement for the MEPI Student Leaders program, he was so excited that he stayed awake all night thinking about what to write for his application. His dream came true when he was accepted into the program at Georgetown University in June, 2015. Through Student Leaders, Houssam is better prepared to plan projects and serve as a leader in his community. He interacted with people from various countries in the MENA region in addition to those from the United States, learning about their cultures and the commonalities that they shared, and used what he learned to refine his goals and plans for the future. As a result of Houssam’s participation in Student Leaders, he was selected to take part in the 2015 World Forum for Democracy in Strasbourg, France, where he represented his home country of Lebanon as a youth delegate. During the forum, Houssam discussed the challenges facing young people in the Middle East and had the chance to learn from academics and European leaders.

MEPI made Houssam feel that “the world is a small village where we can work together to build bridges of peace and understanding.” At the end of Student Leaders, Houssam walked away with greater confidence in his leadership abilities and a plan for how to give back to his home community in Lebanon. As a dental student, Houssam decided to invest more of his time and research in the field to develop something new that would improve the world. He founded the Lebanese Association of Dental Students (LADS) and, as a result of his hard work, the association received full country membership in the International Association of Dental Students. Through LADS, Houssam hosted exchange students in Beirut in addition to helping Lebanese students travel internationally to gain both professional and academic experience. Additionally, during Houssam’s presidency, LADS organized two annual oral hygiene and health campaigns that targeted disadvantaged Lebanese communities and Syrian refugees’ communities. Thanks to MEPI and the Student Leaders program, Houssam was able to clearly define his duties as a global citizen and in helping underprivileged communities.