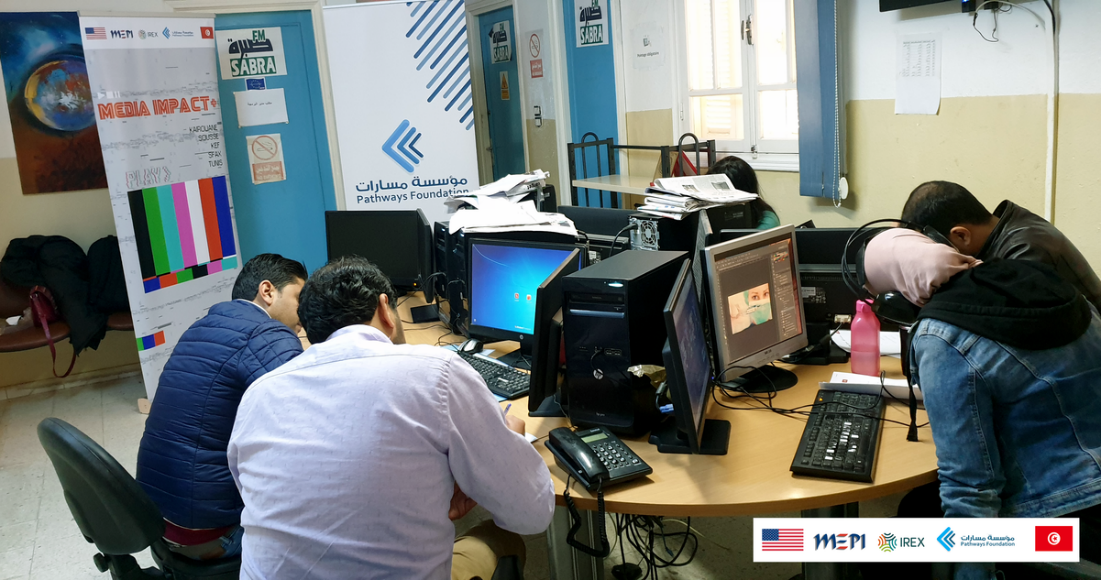 Censorship and the spread of fake news remain two of the main challenges that media and journalism face in Tunisia. Tunisian journalists are continuously working to alleviate these challenges and improve the sector.  To help solve these challenges, MEPI’s Leadership Development Fellowship (LDF) program Alumna Ahed Jamaoui created Media Impact +, a project for training local journalists from diverse formal and informal media (newspaper, radio, TV, civil society, and citizenship blogging) on how to avoid fake news or disinformation when it comes to shaping public opinion.  Ahed Jamaoui, along with her team of professional experts, trained Impact+ beneficiaries in workshops tackling topics such as information hunting, news verification, misinformation and disinformation, and effective means to identify fake news in social media, a common medium for propaganda.  The journalists were able to further verify the news and their sources and draft new policies to create solid mechanisms to reduce fake news and penalize those who spread it.

Touring many cities (Tunis, Sfax, Kef, Kairouen, Sousse, and Gafsa), Ahed mentored and engaged more than 100 beneficiaries: media school students, journalists, experts, and content creators.  These participants took part in a series of panel discussions, workshops, and seminars to help discuss, analyze, and assess the overall media and journalism environment in Tunisia.  She also concluded her activities with a webinar in partnership with her fellow LDF alumnus, Mohamed Moemen from Iraq, and organized additional meetings which were hosted in 8 media and journalism institutions across Tunisia.

Ahed always urged her participants to use what they have acquired as skills into their work and positions.  “I have been introduced to new journalism concepts with the Impact Plus Team.  Now, I am able to apply what I have learned in my journalistic reports,” Mohamed, Journalist, Kef.

One of the best takeaways was the introduction of a law project countering fake news to the Tunisian parliament which received support from Tunisian deputies.  “What started as an idea is now, thanks to MEPI, a law project that would turn into the backbone of Tunisian democracy,” Ahed Jamaoui said.