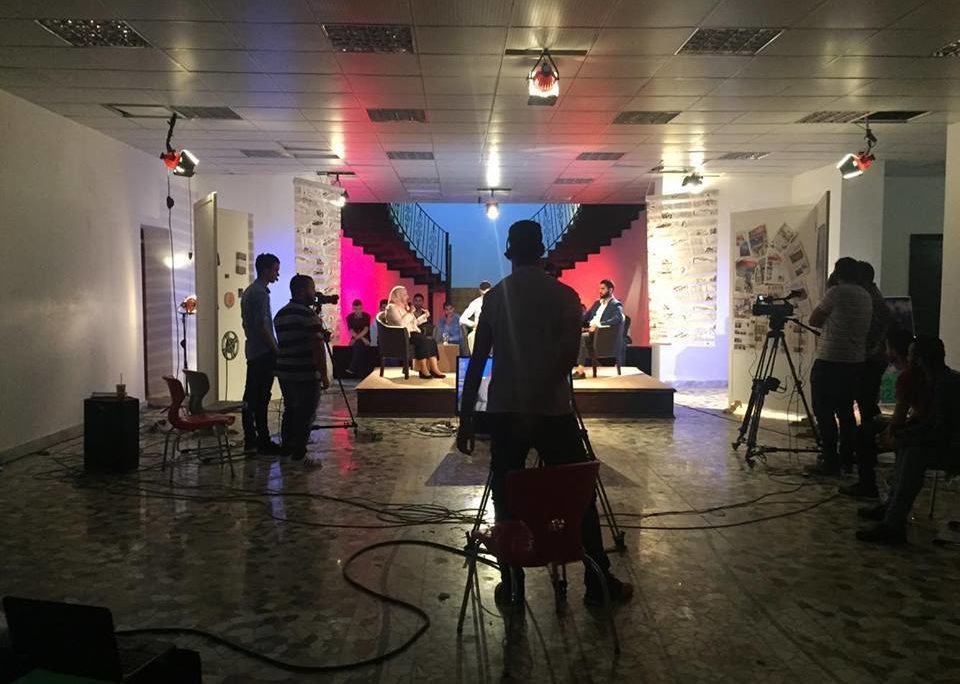 Host and guests in TV debate in studio in Libya

The Libya media landscape continues to experience polarization, lack of press freedom, and insufficient employment opportunities for new graduates. The Institute for War and Peace Reporting (IWPR)’s MEPI-funded Media Lab within the University of Tripoli has worked to tackle these issues by providing practical media skills training to over 1,200 journalism students, including more than 300 women, and increasing internship and employment opportunities.  The Media Lab’s student-led TV Debates, for example, train students on how to produce social and political topics related to Libya’s transition and how to execute the production process.  Since 2016, Media Lab students have produced 16 TV Debates on a number of topics ranging from freedom of expression in Libya to corruption to immigration and border security.

As a result of their work on the TV Debates, in April and May 2017,  four students were selected to facilitate dialogue session “Salons” with members of the Government of National Accord, giving them the opportunity to take part in nationally-broadcasted TV programs and engage directly with members of their government.  This is a significant achievement as the students were specifically requested to serve as presenters after the director of the Salons watched clips from the Media Lab TV Debates, demonstrating the broader impact and success of the Media Lab trainings.  Additionally, all four students have been offered full-time positions with Libya’s Alrasmyia TV station.