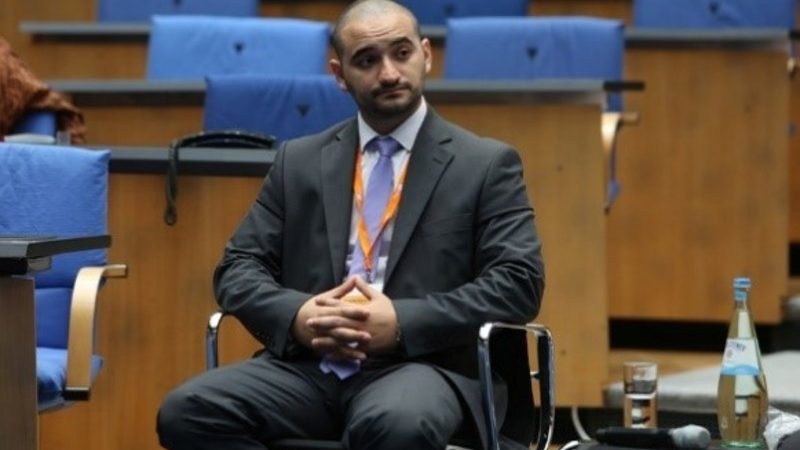 As many LDF Fellows, Michel El Daccache described the Leaders for Democracy Fellowship (LDF) program as a turning point in his life. The LDF experience was a milestone for multiple and enriching opportunities that helped shape his growing career. The program allowed him to develop his civic action plan and transform it into a manual that helps people understand the technicalities and practicalities of voting in Lebanon especially after the new 2018 elections law.

During Michel’s participation in the U.S. LDF program’s professional practicum component, he was placed with IFES where he developed and administered a survey about the engagement of Lebanese citizens in politics. This survey was a stepping stone towards his CAP. In 12 days, he reached 550 respondents which surprised IFES and helped increase his credibility with the organization.

With the experience gained through LDF, Michel used his NGO, the Lebanese Sustainable Development, as an outlet to give trainings in two Lebanese villages (Hayata and Ghbaleh). The aim of the trainings was to simplify and clarify the new electoral voting system. To his surprise, the result of his training was easily captured in the election turnout where there was an 80% voting turnout in these two villages while Lebanon in total saw a 49.2% voting turnout. Moreover, one of these two villages had a 0-canceled vote while the other village had only 20 canceled votes.  These numbers are miniscule compared to the 35,000 canceled votes that Lebanon saw after the election results were announced. This proved that his manual and trainings helped people understand the new electoral law better and vote accordingly.

Michel believes in creating a generation of leaders and elevating a positive influence on the societal and political level. Michel’s future plans consist of working on government accountability. He plans on creating an online platform that will give the citizens the possibility to hold accountable the newly elected candidates. In the meantime he continues to motivate youth and engage them in their communities; he is known for his slogan:

“There is no future for us as Youth without Us, We are the key of change.”