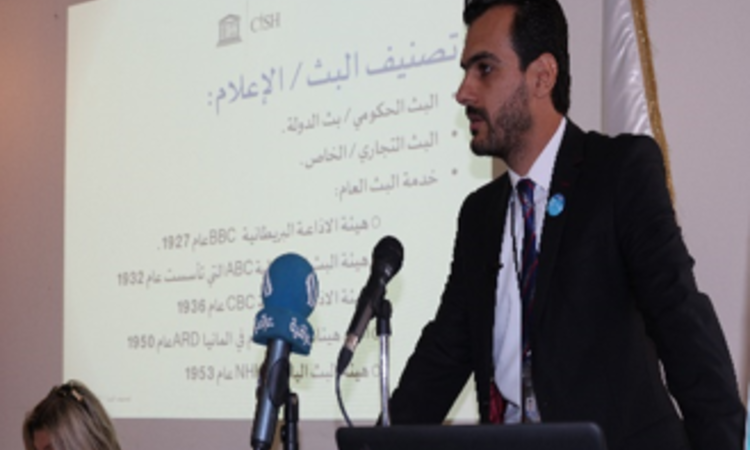 Awsam believes that the LDF program was a turning point in his professional career. The program provided an opportunity for him to write and publish his first book on the Media Public Service Broadcasting Network (PBN) in Iraq. This book is a part of Awsam’s CAP project in which he aims to engage the broadcasting services in Iraq to release information that is objective and serves the public. His book tackles a critical issue, and aims to recreate a climate of liberty and freedom of expression.

During the practicum component of the LDF program, Awsam worked with the Centre International des Sciences de l’Homme (CISH), an organization under the auspices of UNESCO. During his placement there, Aswam expressed a strong interest in writing a book on PBN.  CISH approved his request, and assigned an advisor to guide him through the process and to follow-up on his progress. Awsam also gained the support of the Director of CISH who monitored Awsam’s progress and provided his academic and practical experience. Consequently, the PBN book was successfully published by CISH and the Lebanese Ministry of Culture in Iraq, and will soon be published in Lebanon and other Arab countries.

Awsam was offered several high-level positions upon his return to Iraq. One of which, is the Director of Media Monitoring Department within Iraq’s Media and Communication Authority. Awsam was also offered  the position of Advisor to the Board of Trustees of the Iraqi Media Network, and was granted a documented endorsement from the Committee of Culture and Information in the Iraqi Council of Representatives.

Furthermore, Awsam plans on promoting his book in the MENA region, but most importantly, he plans to translate his theoretical approach into practicalities.