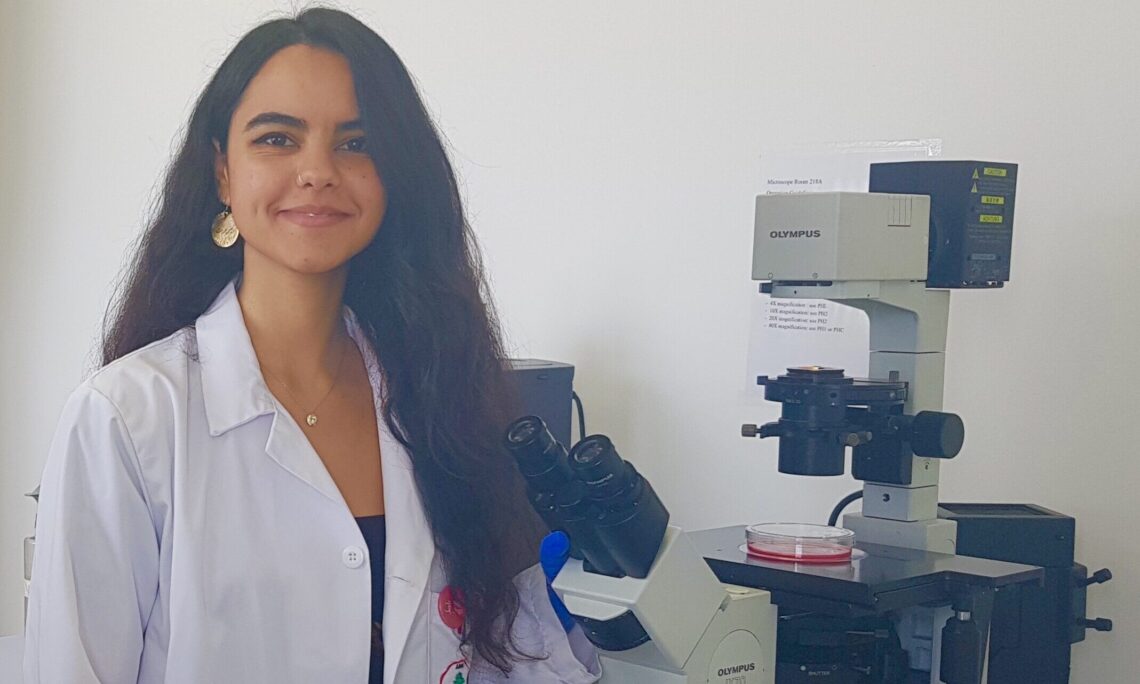 The MEPI-TL scholarship program helps to cultivate academic and leadership skills to underserved students in the MENA region. These students then use the knowledge and skills they gain to take leading roles in serving their community on many fronts, including academia, economy, civil society, policy, healthcare, research among others.

One example of an inspiring TL leader is MEPI-TL 2009-2013 Alumna, Nataly Naser Al Deen, who has not only dedicated her career to cancer research, but also founded her own NGO for breast cancer survivors in Lebanon. Nataly has long been engaged in leading initiatives to aid the cancer survivor community and has recently been involved in enacting global science policy. This earned Nataly a spot on the “Forbes 30 Under 30” Middle East’s list for her social entrepreneurship, a list that recognizes a selection of impressive and highly-accomplished young minds and change-makers in the Arab world (https://www.forbesmiddleeast.com/list/30-under-30-2020).

Nataly was awarded the MEPI-Tomorrow’s Leaders Scholarship to the American University in Cairo (AUC) in 2009, where she obtained her B.Sc. Degree in Biology and minors in psychology and Chemistry. Having the chance to attend AUC through the MEPI-TL full scholarship, Nataly was introduced to scientific research for the first time at an early stage in her academic training. This ignited her passion to later pursue her career in cancer research and she undertook her first research project during her semester abroad at the University of South Carolina (USC) as part of the MEPI-TL program.

After AUC, she was awarded the Fulbright Foreign Student scholarship in 2014 and attended Georgetown University Medical Center in Washington D.C. to pursue her master’s degree in Tumor Biology/Cancer Research. During her Master’s program, she began research at the Lombardi Cancer Center which focused on treatment of Triple Negative Breast Cancer. Soon after, Nataly joined the Cell and Molecular Biology Ph.D. Program at the American University of Beirut (AUB) where she focused her thesis on early breast cancer in Lebanon.

Nataly continued to impress when she secured several travel fellowships during her PhD years to learn and disseminate her scientific research. She won two Fulbright Alumni Development Grants, one that fully funded her research sabbatical at Purdue University for three months, and others for her participation at the ASCB/EMBO Conference in D.C.

Nataly was able to gain more than academic knowledge during her time in MEPI-TL, she also gained everything from time management skills, to professionalism, conflict resolution, debate skills, communication, public speaking and networking, and most importantly, learning and implementing the importance of civic engagement and community service. This led Nataly to found her own NGO five years ago called “Pink Steps” in 2015, an exercise, health and mental-wellness support group for breast cancer survivors in Lebanon which has helped dozens of survivors in the community.