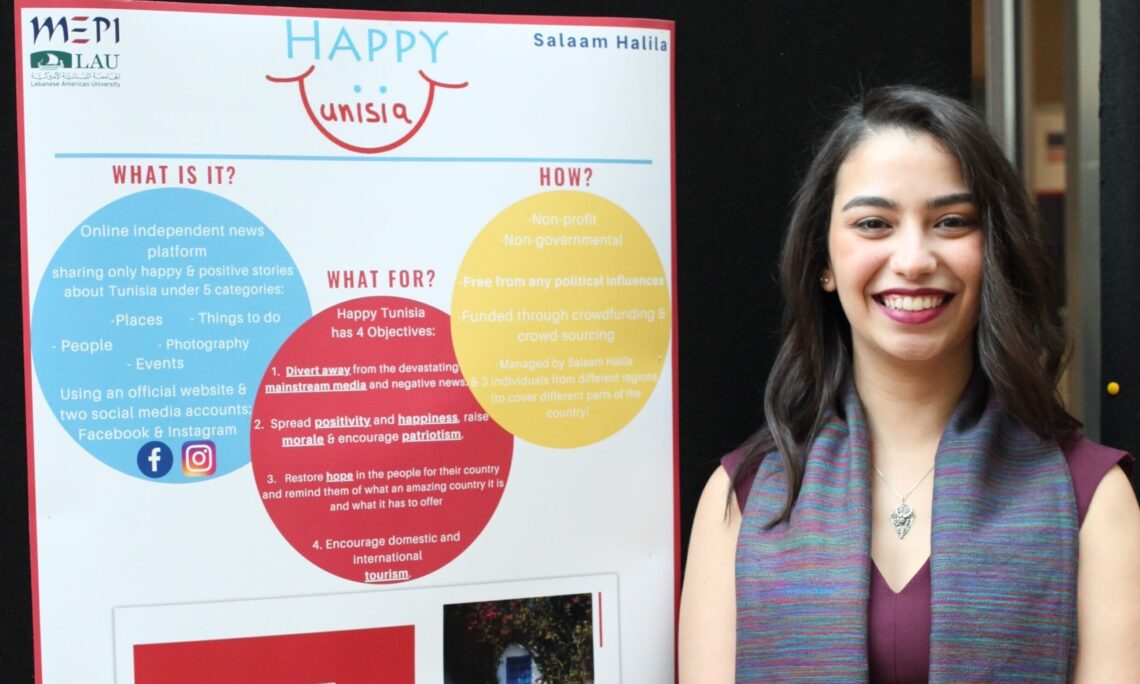 In March 2019, while in her junior year, Salaam launched “Bil Hawa Sawa” (We are all in the same boat), an awareness campaign to raise awareness about mental health among LAU students and remind them about the counseling services that LAU offers.

The campaign gained wide acceptance across campus and beyond and an impressive following with 158 followers on their Instagram page, 626 profile visits, and 344 accounts reached during the campaign. Additionally, 107 students responded to the campaign’s online survey on mental health and almost 100 students visited the awareness booth where they were able to have a safe space to talk about mental health in general and LAU counseling services in particular.

At the end of the campaign, Salaam and the team members gathered all students’ feedback and suggestions and submitted a detailed report to the counseling panel at LAU for their reference and consideration.

In her senior year, Salaam went the next level by launching her second campaign “We are more than Stereotypes.” The main objective of the campaign was to break stereotypes prevalent in Arab society about each other and encourage the celebration of cultural differences instead. The campaign was posted on Instagram and gained wide reach and exposure. Within a week, the page gained 415 organic followers, 1140 profile visits; 7470 impressions; 983 reach and 140 total reshares of all posts.