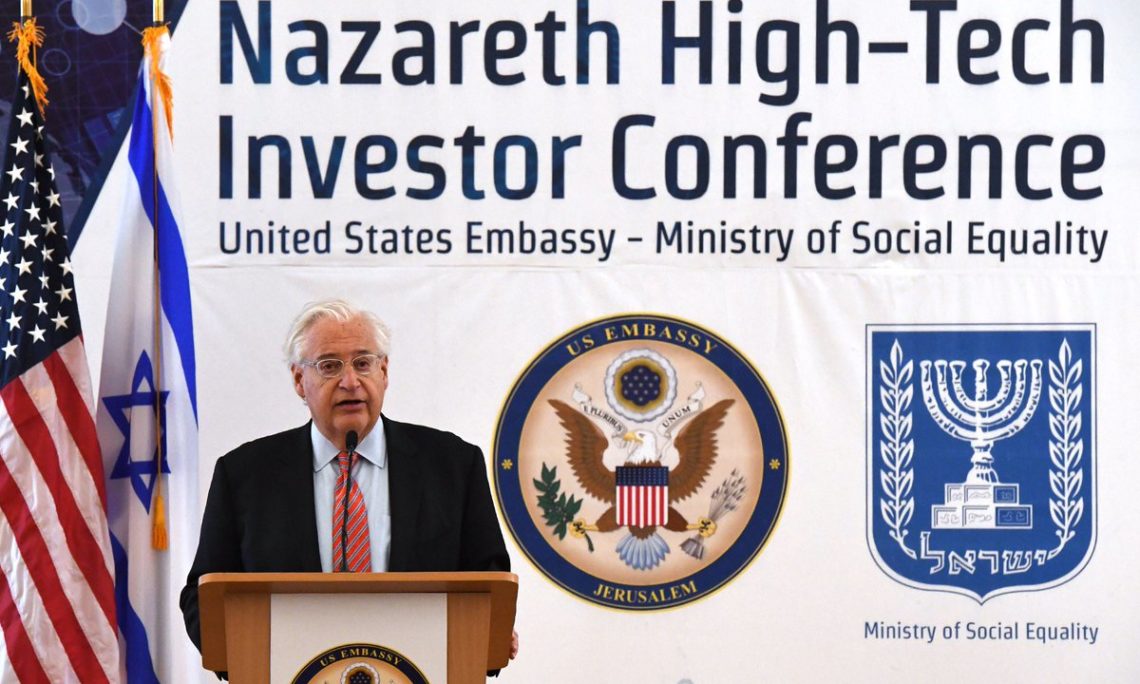 MEPI’s support to civil society organizations, especially within the Arab community in Israel, has successfully helped to integrate marginalized communities in Israeli society by providing them access to economic opportunities. MEPI, through the Embassy, funded projects include trainings for potential engineers, exposure to the hi-tech ecosystem in Israel for skilled Arab workers,  promoting the opening of hi-tech companies within Arab towns, and motivating change in the overall hi-tech industry by creating an inclusive work environment.

These projects have helped to connect stakeholders from Arab municipalities, Arab students and graduates, the Israeli government, and the hi-tech industry, all aiming to create a partnership to advance the integration of Arab citizens into the Israeli hi-tech ecosystem and promote Arab Jewish business collaboration.

The entrance of Arabs into Israel’s hi-tech industry is one of the sector’s most significant changes over the past four years, one with major implications for both Arab society and for Israel’s economy at large. For example, in 2008 there were 350 Arab citizens of Israel working as hi-tech engineers, almost all of them men. Today that number has risen nearly 20-fold – to about 6,600 Arab citizens, one-fourth of them women.

MEPI-supported projects with local partner Tsofen have also directly assisted an increase in the number of Arab citizens studying in fields relevant to the hi-tech sector, helping to create a growing pipeline from academia to the work force. According to Tsofen, there are 5,600 Arabs currently studying hi-tech related degrees — 4,500 at institutions in Israel and the remainder abroad. This accounts for only 10% of all students in these fields, but the figure is increasing quickly.  In fact, the Council for Higher Education (CHE) reports that the number of Arabs studying for bachelor’s degrees in hi-tech related fields has doubled in the past six years. They also account for a disproportionate increase in students studying these fields in general — in the 2017-2018 academic year the number of students studying in these fields increased by 1,477, and 544 those were Arabs.  In addition, in 2008 only 20% of Arab graduates could find jobs in hi-tech; today that figure is 58%.

Embassy support to local NGOs such as Tsofen, ITWorks, and the Nazareth Business Incubator to promote hi-tech and entrepreneurship initiatives over the last 10 years, have had a major impact in the Nazareth area in particular: the number of established hi-tech companies there has grown from two to 15 and there are currently more than 40 start-ups. These successful efforts have also been modeled in the Kafr Qassem (also called “the Arab Triangle”) area, a more religious and conservative  Muslim community, significantly helping the development of another hi-tech arena.  A new similar initiative is also starting in the Negev to address the Arab Bedouin community.