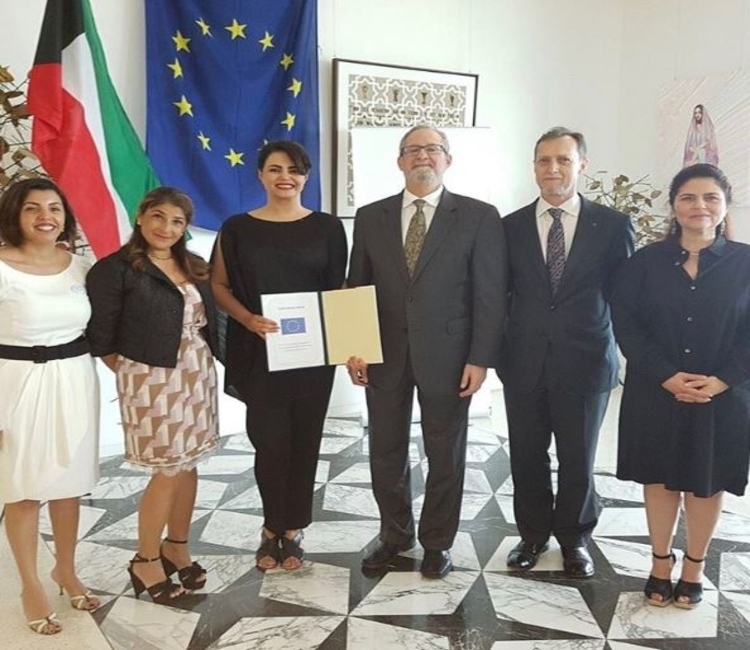 In February 2017, Abolish Article 153 organized successful training on “Gender violence training for youth and live theater production workshop in Kuwait”, 13 participants under the age of 21 (2 males and 11 females) benefited from the training. The organization plans to conduct series of trainings target young Kuwaiti activists and leaders to educate them on human rights, women’s rights, and equality values. One of the participants wrote very inspirational and emotional letter to Abolish Article 153, shared his experience after the training and how he was able to implement what he learned to help two female domestic workers who were abused by their employer.  He said “GBV knowledge must be democratized, I never expected to be in the position I was in but believe that I was well equipped to handle the situation because of what I learned, anyone could be in my position at any point in time and being prepared is essential”. His story shows the importance of such programs in Kuwait; also it reflects its immediate impact on youth. In recognition of their great efforts in Kuwait and in GCC, Abolish Article 153 received “Challiot Prize 2016 for Human Rights in GCC from the European Union. The organization proves its capability to drive social change in Kuwait.