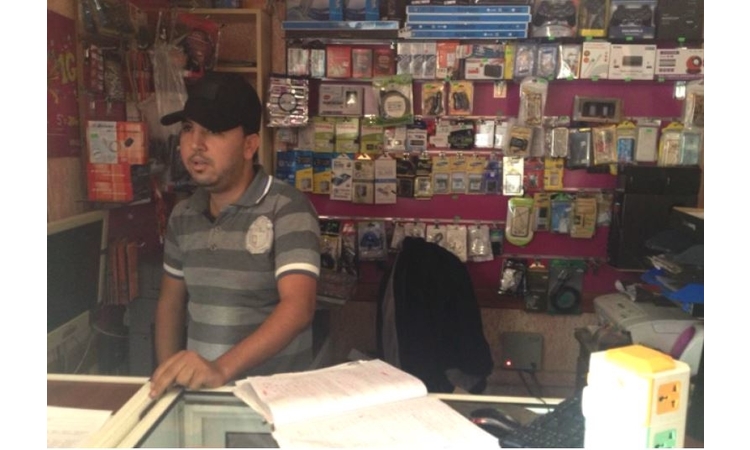 Said Grilou from Safi, Morroco, worked in several different technology companies after receiving a degree in computer science from the Specialized Institute of Applied Technology (ISTA) in 2012. In an effort to put all he had learned at ISTA into practice
and truly utilize his degree, 29-year-old Said decided to start his own business repairing and selling computers and other similar devices. “I realized I needed to create my own business because I want to feel the ownership and secure my life economically,” he says.

Micro and small enterprises play a central role in Morocco’s economy, accounting for nearly 94 percent of all existing businesses. However, youth aspiring to start their own businesses face a number of challenges, including the absence of a strong entrepreneurial culture, easy access to credit, limited entry into business networks, and a shortage of personalized coaching and support—all of which make it difficult for a young qualified professional to start his or her own
business.

Fortunately, Said received support and encouragement from his family and friends, and it was through a close friend that he learned about the Empowering Youth through Entrepreneurship project in Morocco (EYEM). Funded by the U.S. Department
of State’s Middle East Partnership Initiative and implemented by the Near East Foundation, the EYEM project provides young entrepreneurs in Morocco with training in entrepreneurship, support through business incubators, and start-up grants to give them the tools they need to turn their ideas into viable businesses.

In May 2015, Said joined the EYEM project and enrolled in the training and coaching sessions, where he developed and refined his business idea and plan with guidance from the project team. Because of Said’s successful completion of the training and well-developed business plan, he was selected by the project committee to receive a grant of 20,000 Moroccan Dirhams (approximately $2000 USD). With the project grant, Said was able to purchase computer equipment and a printer, which allowed him to officially open his computer repair shop
in July 2016.

In the first four months Said made a profit of 35000 Moroccan Dirhams, which he plans to put back into his business, adding more services and products. He also plans to further develop his management skills as he hopes to soon hire staff to help him meet the growing demands of his customers. “The EYEM training was a good start to learn about basic entrepreneurship skills and gain enough knowledge about all of the legal papers needed to start any project, particularly in the framework of starting a small business,” Said says. “I was encouraged by the support and guidance provided by the EYEM team during the trainings and coaching sessions, but my dream to own my own business seemed truly possible after I received the financial support I needed to get started.”
To date, EYEM has trained 486 youth in microenterprise development (263 men and 221 women), assisted more than 349 youth in developing and improving professional business plans, and helped launch 250 businesses (47 percent female).