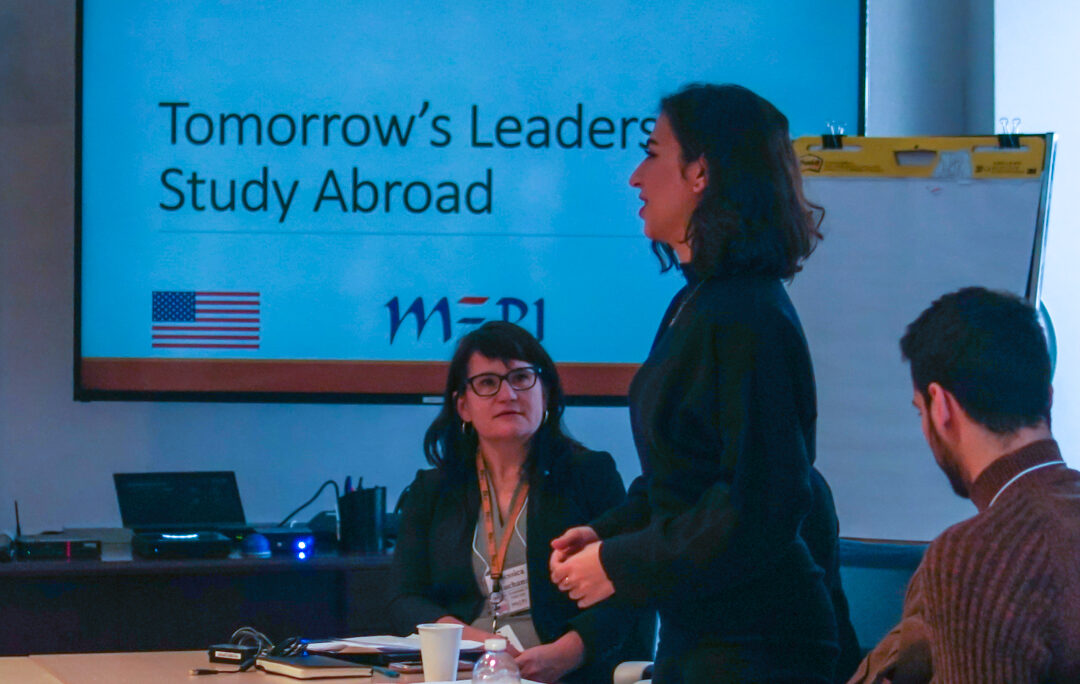 Eight teams of 20 members from the three universities competed with each other and summarized their experiences during the program with inspiring, eye-catching stories that were portrayed either in writing or in a short video.

The five final entries were shortlisted for public voting and were posted on MEPI’s official Facebook page, calling the audience at large to vote for the best entry by pressing “like”.

The first prize – 600 USD- was granted to LAU team members: Elyas Farah from Syria, Osama Shamout from Jordan, and Mahdi Hallal from Lebanon, who submitted “Levantine Aspirations.” The stunning short movie described the tremendous challenges that currently engulf the Arab region and negatively impact youth’s physical and mental wellbeing, and how the TL program was their only hope for a better future. AUB team members Rima Kamel and Joodi Mourhli, both from Syria,  landed the second prize – 400 USD- with their short film “the Dorm Life of Rima and Joodi.”  The submission was a simple yet inspiring short movie narrating how the life of the two students has dramatically changed for the better thanks to TL program. The third prize – 200 USD- was given to three students from the Lebanese American University: Huda Al Jeshi from Bahrain, Karim Al Achy from Lebanon and Sanae Ziadi from Morocco with their written story “Our Journey before and after MEPI TL;” a mesmerizing set of testimonials highlighting how the TL program has given them the opportunity to grow and develop as individuals and to connect with and learn from extraordinary people from all over the region.